The announcement that Keeping Up With the Kardashians would end after 20 seasons came back in September, but during Thursday night’s episode, viewers got a closer look at how that decision was made. For starters, Kris, Kim, Kourtney and Khloé voted in secret.

“This is a big day for me and my family, because we’re gonna discuss whether or not we want to move forward with filming Keeping Up with the Kardashians, and we’re filming it on our iPhones, because we don’t want the crew to film it and have them hear the conversation. But at the same time, we wanted to document it, because it’s an important day,” explained Kris.

The family matriarch also shared that, in the past, it was always an easy decision to make as every member unanimously said yes. However, this time, everybody was a little conflicted.

“We love sharing our lives. We love that whole aspect of it. Just so many factors have come into our lives since we’re now so busy, and we have to just think about what we want out of life and what we want together and what we’ve built, and do we walk away from that,” asked Kim.

While Kourtney was the first to say it was time to end the show, ultimately, Kris and Kim followed suit. Khloé, on the other hand, was the one family member who was not totally on board. “I think it’s, like, everyone wishes that it could be less. Do I think we all need a break sometimes? Yeah, but I don’t know if it necessarily means, like, to stop,” said Khloé, who later stated in her confessional, “Going into this meeting, I really assumed it would be just a conversation that we’re all gonna have. But now that I’m in the meeting, it’s definitely clear that everyone’s decisions have been made, and that mine would probably be the only one that is against the rest of the family.” Khloé also shared that having to tell everyone that the show would be coming to an end was “really devastating.” And devastating it was, as they all broke into tears during their announcement.

The ladies broke the news to the production crew before anyone else, because they didn’t want them to read it on the internet.

Kris started by saying, “There’s no easy way to say this, except just to say it, because we love you guys all so much and it’s almost like ripping off a band-aid, but we just wanted to tell you in person that we won’t be going forward with filming the show anymore. It’s been a really excruciating decision to make. This journey’s been the most incredible thing that we’ve ever done. And we can’t even express the appreciation that we have for you along the way.” Khloé expressed appreciation for the crew, who has become her “second family.”

“The crew has been with me through so many crazy, happy, sad, amazing situations. Like, I’m so close with the crew,” explained Khloé. “I mean, I have such a security blanket in these people. And, you know, to not have that anymore, it’s a big thing. I mean, it sounds silly, but they’re my people.” While the whole moment was very emotional, there was one silver lining — fans got one good final Kim ugly crying face, when Kim thanked the crew by saying, “I just want you guys to know, like, how much we really appreciate you guys, each and every one of you, for spending time away from your families to be with our crazy family.” 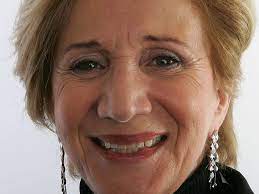